How We Create A Career: Cheesemaker

Louella Hill is a self-described “serial entrepreneur.” As a student at Brown, she founded Farm Fresh Rhode Island, a non-profit that serves as a produce broker between local farms and wholesale outlets.

Her next stint was to launch Narragansett Creamery, a family-run Rhode Island creamery specializing in local (and now award-winning) artisanal cheese.

Currently, she is the one-woman show leading cheese making classes at SF Milkmaid. Her book, Kitchen Creamery, comes out in January 2015.

Louella met with me a few weeks ago, over tea at Mission Pie, to talk about the value of cultivating comfort with risk, the benefits of setting low expectations, and the importance of perpetually moving forward.

Louella Hill has been interested in food all her life. As a 14-year-old, she landed her first job–at a local restaurant–by bringing the owners goods she had baked.

In college, she developed an interest in the process of how foods are made, and decided she wanted to become an expert in converting a particular food from raw to finished. “I had this daydream of a big sexy coffee table book that was how all foods are made. Soybeans to tamari. Milk pail to Stilton. A really photographic journey.”

She quickly realized, however, that she could not learn this process from a book alone. So she took a year off from school and booked a ticket to Italy, despite the fact that she didn’t speak a word of Italian. “I found myself trying to read my way into being in the food world. And at some point I caught on that that was not really logical. Food is tactile and sensory, and I didn’t want to be a food intellectual, I wanted to be deep in food. So I just took a year off, bought a ticket to Italy, and found myself on a sheep farm.” 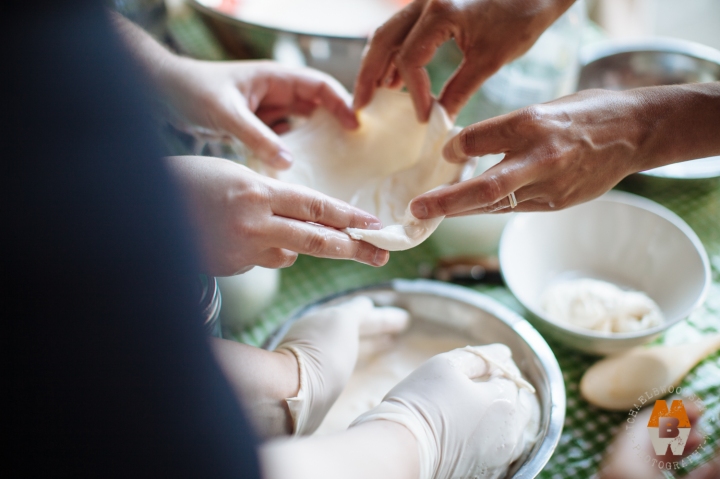 When she returned to Rhode Island, she started researching local agriculture. According to Louella, she felt that the land in Rhode Island had just as much to offer as the farms she had seen overseas, but was rapidly being gobbled up for real estate development. “People were in love with Tuscany and my stories of it, and then I’d think, ‘yeah, but right here you have a patchwork of historical beautiful farms. Old variety apples, dairy barns, small heirloom breeds, and they’re vanishing overnight.'”

She began visiting local farmers on their fields and was taken aback by their desperation. “Food on the vine, bulldozer right there. Grown men were crying on me.”

In response, she leveraged her power as a student to convince Brown to convene farmers’ markets and stock the cafeteria with local produce to support the farmers. “I was realizing students pay for a meal plan. Students can demand that the food be from local farms. Internal to the dining system was this spitfire, who got it. And she was like, ‘oh yeah, let’s run with this.’ We did some stunts – like we planted a live cow on the main green, without asking permission. And we said ‘why isn’t the school buying local milk?’” 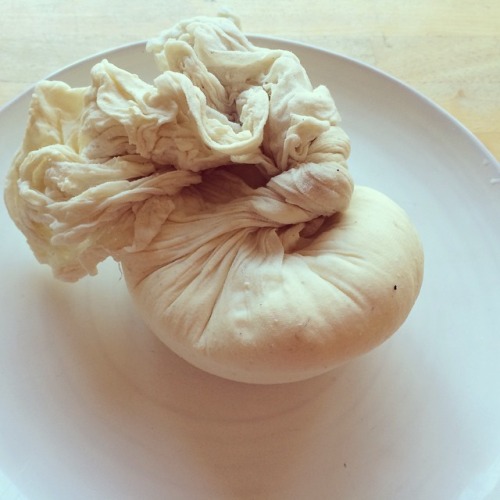 Louella worked for the non-profit for four years, but pulled away when she realized that she wanted to have a booth at the farmers’ market, rather than be the one managing it. After spending some time in Maine to brush up on her cheese making craft, she set out to start Rhode Island’s first small batch local creamery.

Says Louella, “because I’d spent years at the Rhode Island Department of Agriculture talking to farmers and knew every farmer in the state, I also knew there was no cheese being made in the state. I wrote letters to all the dairy farmers and asked if any of them wanted to partner with me and launch a line of cheeses.”

After much investigation, she was directed to Mark Federico. “I went and found, in this tiny hidden corner in this historical dairy processing plant, this wholesale cheese producer. He only made mozzarella curd, he didn’t make any finished product. They were receiving Rhode Island milk, converting it into this intermediate product, and then shipping it out anonymously. It didn’t even carry their label. So I said to Mark Federico, ‘I used to run farmers’ markets and I have an idea. Why don’t you make smaller batches of cheese, and market it locally?’ And he said, ‘I can’t believe you just said that. I’ve been wanting to do that.’ Within the week, I had my jacket and hairnet on. That started Narragansett Creamery.” 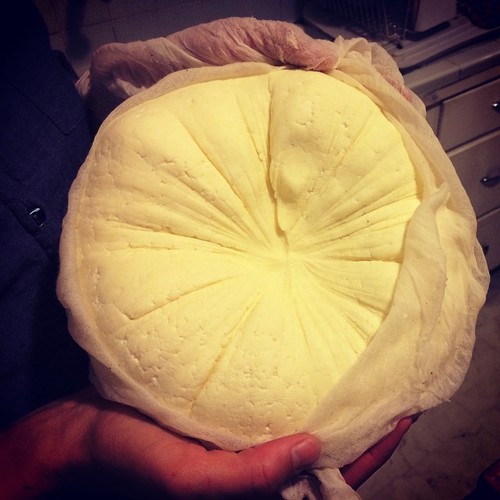 Louella worked for Narragansett for four years: Developing recipes, marketing, and doing design work. She describes the process as invaluable because it afforded insight into the inner workings of a small business. “It let me launch my own creamery. And figure out what worked and what didn’t– down to what sort of gloss should be on the label of the yogurt containers.”

Although Louella describes Narragansett originally as a sort of “diamond in the rough,” she says business quickly took off. “ I could see what that place was. And I also realized no one would even look at it, because it was cinder blocks. I was like, ‘how did everybody miss this? Treasure!’ Parts of it were hard. But I would also say it just went singingly. Mark had been making cheese for 35 years – small batches for his family. We didn’t have to beg our way into any store.”

Narragansett’s reach now extends to New York, Boston, and even a few stores in California.

Louella moved to California herself, when her husband began a postdoc here. For the past four years, she has been making cheese and teaching cheese making classes as SF Milkmaid. Her first cookbook, which she also illustrated, will be published early next year.

Her secrets to success are fourfold. First, set low expectations.“I don’t ask that much. In leaving Italy, I wasn’t looking to get a book deal or to be anybody big in the food world.”

According to Louella, she inherited her outlook from her parents.  “My sister said one of the things our parents did for us was set the bar low. They didn’t ask us to be doctors or lawyers. They only encouraged us to be independent and creative. It isn’t the surest formula for parenting, but for me it worked. I have artist friends who did not get off the hook as easily. These friends never became the credentialed people their parents had hoped them to. My friends have to live always with a shadow of disappointment. My mom only said ‘no tattoos and no teenage pregnancies,’ and that was it.” 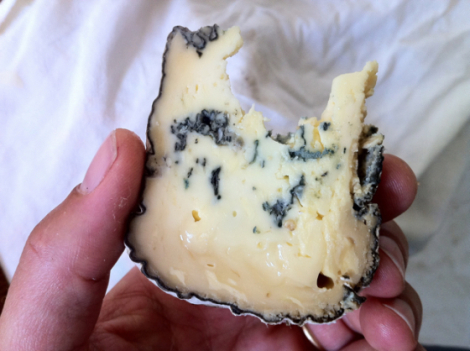 Third, in the midst of the oscillations, keep moving. “Just keep making stuff. Don’t let self-doubt or the need for perfection stop you from doing that. I almost think of myself as a machine. A machine that makes stuff instead of worries about how the stuff turns out. I know people get paralyzed when it comes to being creative. They can’t go forward being they are caught in the ‘thinking’ space. It’s dangerous to spend too much time in that ‘thinking space’, wondering if you should or shouldn’t. Instead, put one foot in front of the other. Put on an apron. Give your hands a big task. Be busy and peaceful.”

Lastly, cultivate comfort with risk. “I bought a ticket and I didn’t speak Italian. I didn’t think twice about doing that. When things are clear to me at a gut level, it doesn’t seem risky. Maybe I’ve done it enough that I can trust that.” 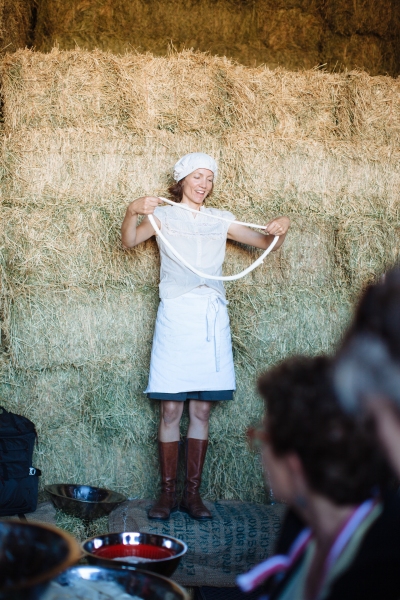 It was a pleasure talking with you, Louella! Your insight, open-mindedness, and can-do attitude are refreshing and inspiring.

Thank you for sharing your story!

Hear about more interviews with women who are forging their own paths, career and otherwise: Follow me on twitter @shespoised or like She’s Poised on Facebook (and select Get Notifications from the drop down menu).

Tagged as: Cheese, How We Create A Career