On Tuesday, we woke up and had breakfast at Mirabelle–companion restaurant to, and source for the sourdough bread at Relae. Their poppyseed roll did not disappoint. Rustic, toothsome, with a thick crust and dense interior, it was served up on a sweet little tray alongside fresh strawberries, sliced cheese, and a perfectly cooked soft boiled egg.

We could have lingered at a little table by the window, nibbling pastry and sipping peppermint tea all afternoon, but had other orders of business to attend to. Namely, visting Kastellet.

Perched up on a small hill, Kastellet is one of the oldest preserved fortresses in Northern Europe. The grounds are lovely to walk, especially on a stormy day, when the bright colors stand out in stark contrast and the weather adds another layer of foreboding. 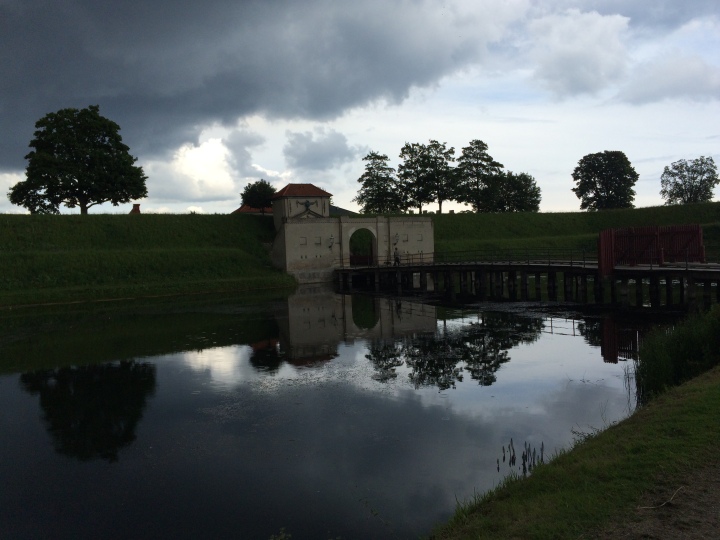 From Kastellet, we skipped a few blocks down to Designmuseum Danmark, the Danish Museum of Art and Design. In addition to drooling over the Arne Jacobsen chairs

and the Japanese-inspired Danish porcelain (a perennial favorite of mine)

I was particularly taken with the current rotating exhibition: The Century of the Child. I had forgotten how many ingenious and important design innovations for children have sprung from Scandinavian countries. Not just Lego and Baby Björn, but also, for example, Brio trains.

The exhibit also featured some wonderful interactive elements, such as this opportunity to use Danish toys to make a stop motion film.

We took a brief rest at the museum’s lovely Café Klint before continuing on with our day. More on that soon…