Quest For The Best: Gelato in Rome

Gelato is my favorite. It’s creamier than most other ice cream. The flavor comes through clearer. It has structural integrity. And, it’s often served with a wafer cookie, perched rakishly in between the flavors (usually you are allowed at least two, even in a small cup).

Rome is known for its gelato. So, of course, while there I made it my personal quest to find the very best gelato on hand. I tried five gelaterias – one for each of the five days I visited. Here are the results:

5. Gelateria del Teatro was lauded in my guidebook, and I can understand why; the flavors were all-natural and fresh. The décor of the shop was modern and charming. Predictably, it was crowded with other tourists who had (presumably) read my guidebook. But their gelato didn’t taste authentic. I ordered a cup with white peach and lavender as well as almond, and both were gritty and icy. The white peach and lavender tasted more herbal than floral and the almond was reminiscent of almond butter, rather than ice cream. A good place to cool off, but not for the real deal. 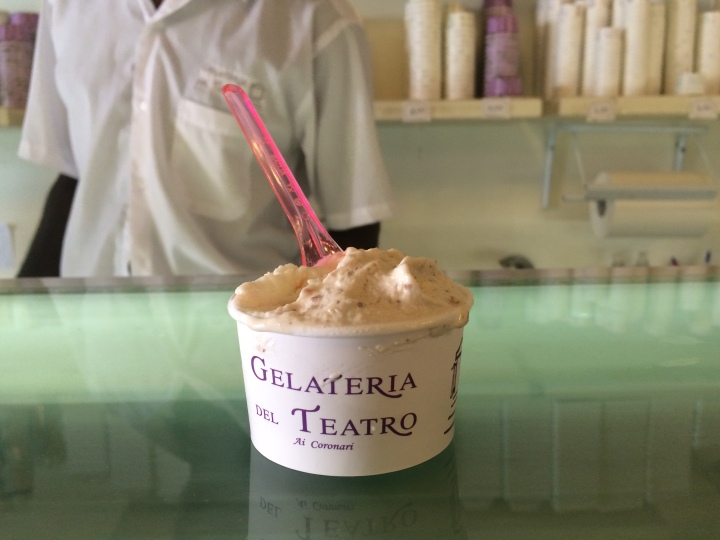 4. We visited San Crispino to console ourselves after discovering that Trevi Fountain had been drained. The texture resembled ice cream more than gelato, but the flavor was lovely. Order their signature flavor (honey). 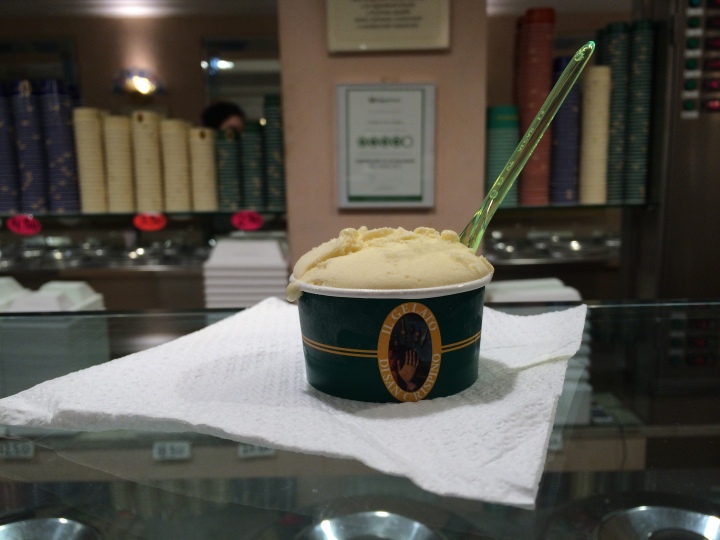 3. Barberini. I stumbled upon this place after a trip to Volpetti (the shops are neighbors). It was (literally) 95 degrees outside and 3pm – a perfect time for gelato. Barberini did not disappoint. The décor was old school, and the ice cream was too. Of the flavors I tried (yes, I returned), custard was my favorite (I loved the subtle lemon flavor). The two buttery sugar cookies they use to top your coppa are a nice touch.

2. Giolitti. Your guidebooks may advise you to visit the Giolitti in Centro Storico (the gelateria frequented by Audrey Hepburn in Roman Holiday). Go instead to the Giolitti in Testaccio. The Giolitti in Centro Storico is a zoo. You have to wait in a long line to pay and then a long line to pick out the ice cream. They offer a wide variety of flavors, but the ones I tried were disappointing (though the texture was spot on). The Giolitti in Testaccio is cozy and operated by two kind gentlemen. When the one behind the counter asks you whether you want panna (whipped cream) added (free of charge) and you say no, he looks at you like you’re crazy (he’s right). Texture and flavor are perfect. Try the pistachio. 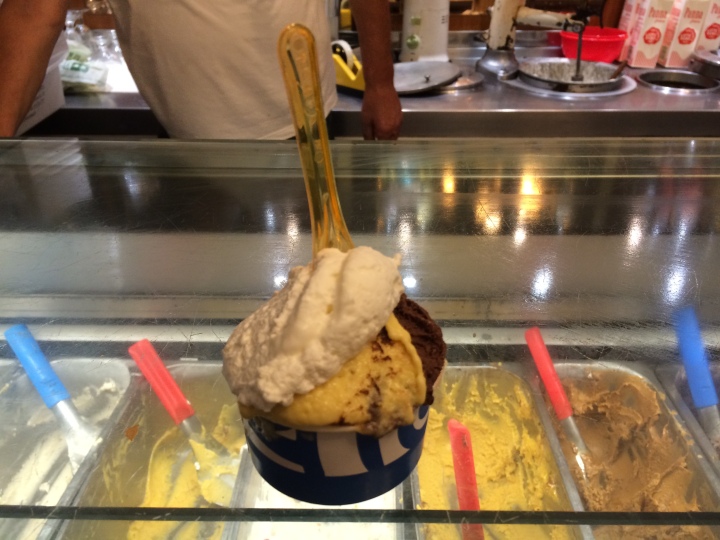 1. Il Caruso. At Il Caruso I experienced the apex of my lifelong gelato eating career. Here is why: I harbor a deep devotion to zabaglione gelato (an egg nog of sorts, but made with marsala wine and without the nutmeg). Il Caruso perfectly executed my zabaglione. Unlike the zabagliones I tried at other locations, the zabaglione at Il Caruso was not too strong, but just right. The texture was perfect. Ditto for the Mandorla (almond). And, to top it all off (literally), they make zabaglione panna. I was in heaven. Il Caruso is off the beaten track, but please go.

Where did I miss? Who makes your favorite gelato in Rome? 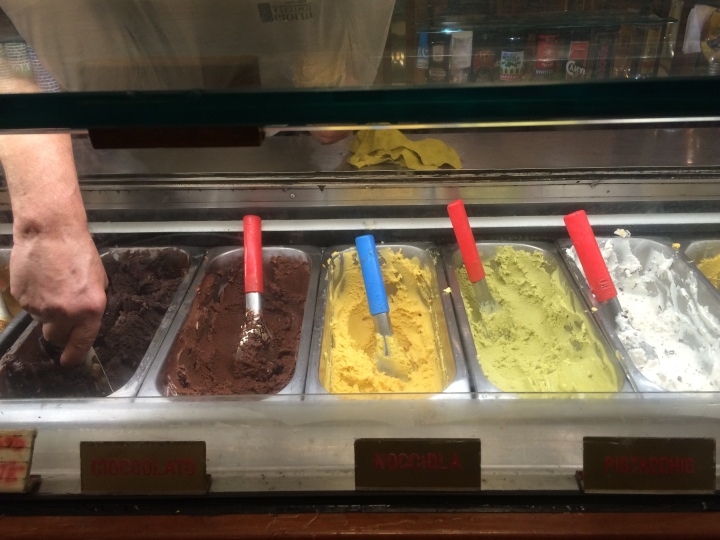